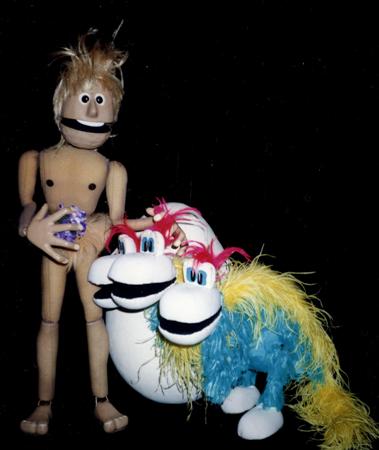 Created, designed, and built by Nikolai Zykov in 1987.

Three-headed Dinosaur was made in 1989.

These two very difficult multifunctional puppets are operated by one puppeteer simultaneously.

Step 2: Prehistoric Man finds a giant egg and tries to open it .

Step 3: hatch out of Three-headed Dinosaur.