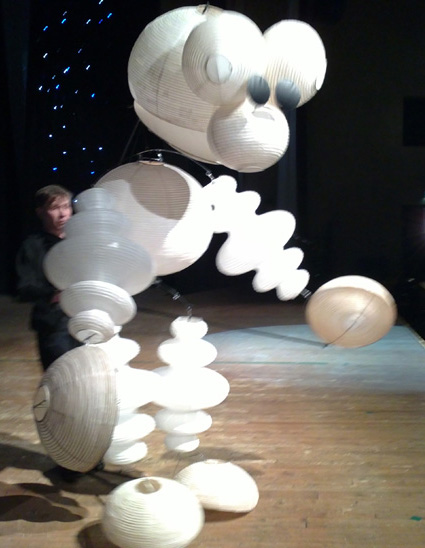 Created, designed and built by Nikolai Zykov in 2002.

Giant is a giant glow puppet assembled on the stage. 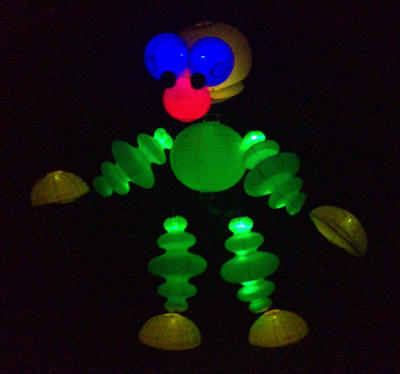 The puppet is operated by one puppeteer.

The puppet can be performed without glow effect in TV and on daylight stages.